South Sudan  debt level could  be expected to rise to around sixty percent of Gross Domestic  Product (GDP), a trend that has prompted the  government  to propose a lean 2017/2018  budget  limiting borrowing from the World Bank  and other sources  to two  billion, one hundred  and seventy million(2,172 million). 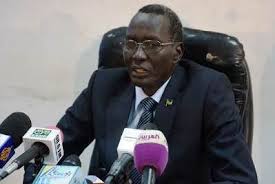 The outstanding debt stocks of fifty -four billion Pounds (54 billion) is equivalent to twenty-five percent (25%) of GDP. However, this figure excludes domestic arrears, which are estimated to run into billion, and arrears to Sudan, which are estimated over four hundred million dollars (USD 400 Million). Once  these are included,
the  country  debt level  could   be expected  to rise  to around sixty  percent of  the GDP (60%).

The Country  Finance and Economic Planning  minister  Hon. Stephen Dhieu Dau told South Sudan parliament in Juba  on Wednesday  while presenting  Fiscal Year 2017/2018  draft  national  budget  that   debt  should
not be  allowed   to  continue  accumulating,  saying it could tarnished  the  country’s  image, click for more information.

“We cannot allow our debt to  continue accumulating. That is why in the budget I propose a limited amount of borrowing, amounting to two billion, one hundred and seventy million (2,172 million) of new concessional borrowing plus eight hundred and thirty -five million Pounds in net. Treasury Bill Borrowing combined with eleven billion, ninety-three millions of principal repayments (SSP 11,093 million), resulting in net financing of negative eight billion, and fifty-six million (SSP 8,086 million)”, he explained.

According to the minister, some of the new concessional borrowing will hopefully come from commercial banks.

The   Country Gross National Income (GNI) has fallen by 80 percent, since the beginning of the crisis and according to the IMF, by around a tenth in the past year alone. The minister said part of this has been caused by the sharp decline in oil prices since 2014.  But the conflict and natural factors such as drought and flooding have made the situation worse. Oil production has fallen further   and the country is struggling to attract new investment into the oil sector.

“Our oil revenue has fallen significantly and the country non-oil revenue have not been able to grow fast enough to cover the gap,” minister Dhieu stated.

“Critically, this budget renews our commitment to limiting borrowing from the Bank of South Sudan and takes forward our commitment to reducing the current fuel subsidy, in order to reduce the budget deficit,” he also added.

The minister felt optimistic that   the proposal would support the exchange rate and reduce inflationary pressures if managed well in the long run.

Acceding  to  him,  the FY  2017/2018 budget  is a budget which will  use limited resources  to try to  consolidate peace while keeping  the government running  and providing  core service, adding that the ministry took a significant  step  towards aligning  the expenditure  with  the  national income  by limiting  borrowing from Bank  of South Sudan.

He said unless peace and security prevail, economic recovery would remain challenging. In light of the above, he said the budget does as much as it could within the government’s limited resources to support the pathway toward peace. It would provide allocations which contribute towards implementation of the Peace Agreement.

Total net  revenues  and grants for  2017/2018 are estimated  at forty  billion two hundred and thirty  one million  Pounds (40,231 million), compared with  eighteen billion, five hundred  and thirty-four million
Pounds ( 18,534 million)  for 2016/2017. The situation the country faces now continues to be extremely challenging.

The minister admitted  that  the   economic  and budgetary  challenges that  the  country face today  were  largely  as a result  of external economic shock, particularly  the fall in oil price.

He went   on  to say  that   the difficulties  could  severely aggravate  the conflict and its economic  effects . Moreover, the country is reaping the fruits of indiscipline in the year when the oil revenues were plentiful. Instead  of moderating  its expenditure and building  up saving,  the  government  spent all that
it  had   while  neglecting to develop its  capacity  to mobilize non-oil revenues.

“Indiscipline is still a feature of our budget management,” he warned.