This concept paper outlines some of the principal eleme 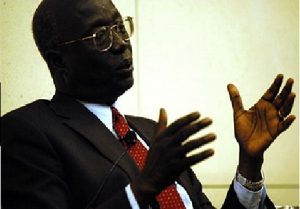 nts involved in promoting peace, unity, reconciliation and a shared sense of national identity, the overriding goals of the National Dialogue. The National Dialogue is an opportunity to address the complex web of conflicts afflicting South Sudan through a top-down-bottom-up process that links the national, regional, and the grassroots levels of the interconnected conflicts. Achieving the National Dialogue’s goal requires reinforcing and strengthening traditional authorities whose ability to contribute to the maintenance of law and order and to the security and stability of the country at the grassroots level, has long been tested.The Dialogue’s Steering Committee needs to be assisted by resource persons to carry out consultations with stakeholders at these levels and to report to the National Conference which will then prepare an integrated report to the President for the final submission to Parliament for adoption and implementation in collaboration with the Executive.

Thus, the National Dialogue should aim at both ending armed conflicts with a sense of urgency and creating an on-going process aimed at engendering and sustaining a culture of Dialogue that is in conformity with the traditional African method of preventing, managing, and resolving conflicts and fostering reconciliation. Thus, the following recommendations are in order.
• Commit to undertaking the National Dialogue as an opportunity to genuinely address the root causes of the crises afflicting the country and to consider with sincerity and credibility its recommendations;
• Undertake to fully implement the recommendations of the National Dialogue that make a legitimate and credible case for the reform and transformation of the system toward a more appropriate, contextualized and effective form of governance that might require major changes in the current system;
• Embark on a national campaign aimed at:
• informing the public to ensure inclusivity, credibility, and transparency of the National Dialogue process and the commitment of the Government to consider its implications with the clear objective of serving the overriding interest of the nation;
• challenging communities to serve as agents of the required transformation, by owning the resolutions of the National Dialogue, and assisting in their implementation; and
• identifying creative ways to harness internal resources, as part of a collective responsibility, to rescue their country and set it on a new path of socio-economic recovery and development.
• Engage and impress upon the international community the sincere commitment of the Government to the principles of inclusivity, credibility, and transparency of the National Dialogue process and its determination to give its recommendations serious consideration for credible implementation, and evidencing that commitment through a methodology of outreach, data collection and analysis that engages the public and unlocks their full participation.

This policy paper frames the National Dialogue around a number of critical issues that provide a clear conceptual framework that is both comprehensive and simple enough to be easily understood by the public. The themes of the paper are outlined in a series of introductory questions.

The logic of these questions is to relate the current crises in the country to the unfulfilled dreams of the liberation struggle that should have provided guidance to the leadership in developing an appropriate system of governance for South Sudan. Such a system should not only have corrected the wrongs of the Old Sudan against which our people rebelled, but should have also provided the inspiration and guidelines for pursuing a more idealistic system that should have been a model to be admired and emulated by other countries. Instead, South Sudan is now widely perceived as a failed state whose crises are seen as threatening the peace of security of the region and endangering the wider international order.

The questions to be addressed must credibly investigate the sources of the crises: What went wrong? Why did we fail to realize the dreams of our long struggle for which our people sacrificed so much for so long? What obstacles stood in the way of pursuing and fulfilling those dreams? What can now be done to overcome those obstacles? What vision for our nation can we reconstruct and pursue in earnest? What role has the international community played both positively and negatively to influence developments and peacebuilding in our country? And what can we now do to regain and promote cooperation with the international community which has been negatively affected by our current crises? These are only some of the questions that we need to pose and address.

We must take the National Dialogue as an opportunity for diagnosing our ills, pose these questions candidly, and seek answers with an open mind and with a determination to respond credibly to the challenge of building a better future for our country. All those in positions of responsibility must commit to implementing the recommendations of the National Dialogue for a major reform and transformation of the system in the collective interest of the nation and a better life for future generations. The following policy suggestions are presented.
• Engage the Leadership of the SPLM/A in a sincere review of the ideals and principles of the liberation struggle and why the independent South Sudan has failed to honor the fundamental values of the struggle;
• Identify the challenges and obstacles that now stand in the way of radically reforming the system to revive the ideals and principles of the liberation struggle and how they can be acted upon to inspire and guide corrective measures to improve future performance;
• Undertake an objective and credible review of the history of the support South Sudan received from the international community in its liberation struggle and in its post-independence development efforts, why the country has lost international goodwill, and what can be done to regain it and promote international partnership in addressing the challenges facing South Sudan; and
• Develop and sustain a culture of Dialogue as a strategy for preventing, managing, and resolving internal conflicts and for constructively engaging the international community in a mutually beneficial partnership to address the security and development challenges facing the country.

Francis Mading Deng’s Biography
Francis M. Deng has recently been assigned the position of South Sudan’s Roving Ambassador after having been the country’s first Permanent Representative to the United Nations. Prior to that, he served for five years as the United Nations Secretary-General’s Special Advisor on the Prevention of Genocide at the level of Under-Secretary-General. From 1992 to 2004, he served as Representative of the Secretary-General on Internally Displaced Persons.  His first position in the United Nations was that of Human Rights Officer in the Secretariat from 1967 to 1972 when he was appointed Sudan’s Ambassador to the Nordic Countries. He was also Sudan’s Ambassador to Canada and the United States of America and was also Minister of State for Foreign Affairs for five years. After leaving his Government’s service, he held a series of positions in leading think tanks and universities in the United States. Dr. Deng graduated with an LLB (honors) from the University of Khartoum to which he was appointed a member of the Law Faculty and then sent abroad for post-graduate studies.  He holds an LLM and a JSD from Yale University Law School. Dr. Deng has authored and edited over thirty books in a wide variety of fields and has written two novels on the crisis of national identity in the Sudan