Plan International has said the humanitarian needs in South Sudan have remained extremely higher despite recent findings of the Integrated Phase Classification (IPC) data which highlight that early warning and the mobilization of a large-scale, multi-sectoral humanitarian response have eased famine in some part of the country. 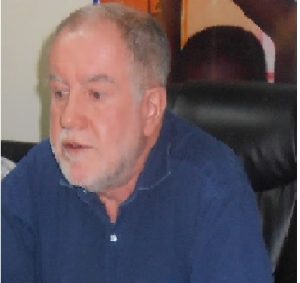 Addressing journalists Monday in Juba during a press conference, Plan International Director of International Programmes, Mr. Jonathan Mitchell, urged the international community and humanitarian actors not to sit back as the number of people who are food insecure have risen from 5.5 million to 6 million, 45,000 people are still experiencing localized famine conditions, and 1.7 million others are one-step below famine.

While welcoming the UN-backed food security report, he said: “There is every reason to celebrate humanitarian efforts that have led to a reduction in the number of people living in famine conditions in South Sudan, the country is not out of the woods yet”.

“The fact that the classified famine criteria no longer apply in parts of Unity State does not mean that people are no longer undergoing an extreme hunger crisis or that children are no longer suffering from malnutrition,” he warned.

The IPC report also shows that acute malnutrition remains a major public health emergency in several parts of the country.

Mr Mitchell felt pessimistic saying the future for South Sudanese children remains a cause for gravest concern if the root cause of the conflict is not adequately addressed.

“At Plan International, our biggest fear is that the lean season which comes in July will see millions of children pushed off the hunger cliff,” he continued. “Conflict remains the root cause of this crisis, and until that is adequately addressed, and humanitarian organisations are given safe access to all parts of the country, the future for South Sudan’s children remain a cause for the gravest concern.”

He added due to the war many people have had to flee their homes to neighboring countries to seek refuge and have lost any opportunity to produce food for themselves, stressing that children and elderly people were particularly left vulnerable and expose to disease and malnutrition.

Plan International calls on the Transitional Government of National Unity (TGONU), including UN bodies and agencies, regional bodies, civil Society organizations and other humanitarian actors to provide immediate food and livelihood assistance to the most vulnerable displaced communities and host communities, ensuring that interventions are gender-responsive and age-sensitive, prioritize and fulfil the obligation and need to provide survivors of violence with access to all necessary services, including, but not limited to, psychosocial care, and healthcare, especially sexual and reproductive services, and legal assistance.

He also calls on all parties to the conflict to immediately cease all violence, put in place an immediate ceasefire and initiate an inclusive peace and reconciliation process which he said essential to create conditions for an end to the crisis and enable sustainable development across the nation of South Sudan.

Plan International Organization has joined hands with 25 partner organisations to respond urgently to the famine crisis within South Sudan. The organization is involved in assistance for refugees from South Sudan in Ethiopia and Uganda. And it’s currently working in the former Central Equatoria, Lakes, Eastern Equatoria and Jonglei states – some of which are in the crisis and emergency phase and also working in partnership with the World Food Programmes(WFP), UNICEF, and other partners carrying out food distributions in Lakes and Jonglei states.
The organisation according to the Director is working tirelessly stepping up efforts to cover the former states of Eastern Equatoria and Central Equatoria states distributing food and therapeutic feeding.

In its efforts to promote gender equity, Plan International is particularly concerned about the impact of the emergency on girls, who often suffer the worst consequences during disaster situations and it’s working to ensure that girls have the opportunity to recover from the negative impact of the crisis on their lives.

“No child should ever have to go through what these children in South Sudan have experienced,” the Director said in his concluding message.